I find that Ubuntu disk space is eaten up heavily by keeping old kernels around.

(this can take a while, maybe 5 minutes? it has to iterate through all the old kernels and remove all of them.)

If you are planning to build a project with Microservices pattern and DevOps culture, you can use the source code here.

In this source code, I built two services, one for Frontend AngularJS and Bootstrap, one for Backend ExpressJS and Mongoose. All services in this project is dockerized and pushed to Docker Hub. You can read Dockerfile in each service for further details. To create a new service, you just create a new directory, writing source code for that service and update docker-compose.yml file.

The Orchestration of Project is written in docker-compose.yml file. So it is so easily to understand and run the project.

We also start from Virtual Machine layer with Vagrant.

You can read Vagrantfile to understand what we need to prepare for VMs.

With the source code, we will have a system architecture as below

This tutorial will show you how to install Docker and Docker Swarm on CentOS7. This tutorial is for Docker Version 1.11 and I use Vagrant and VirtualBox to create CentOS 7 in Virtual Machine.

Create a Vagrantfile for CentOS7

Turn on your Virtual Machine with command:

After finishing creating CentOS server, you access the server via SSH by command:

In the next step, we will install Docker Engine following the official tutorial of Docker.

In the line contains ExecStart, we add text as below

Now we can run Swarm Node

Thanks for your reading!!!

Beside monitor topic, Log also is a important issue we need to concern. In this post, I just mention the way how to centralize Docker Logs using FluentD, Elasticsearch and Kibana

We will install FluentD, ElasticSearch and Kibana in the same machine.

Now, I will show you step by step to get stated to centralize the log data with FluentD

You should check the latest version at https://www.elastic.co/downloads/elasticsearch

Or run as daemon:

Now, we have Elasticsearch run on port 9200.

Add the lines below to /etc/security/limits file:

Open new terminal and type command below, make sure the output is correct:

Now, we need to install Elasticsearch Plugin for FluentD:

Add the content below to /etc/td-agent/td-agent.conf to setup Fluentd transfer all docker logs to Elasticsearch :

Now, we change docker configuration file to use Fluent as a Log Driver. Open /etc/default/docker, and add the line below:

We will run Kibana in Docker Container with command:

Delete a index in Elasticsearch:

Recently, perhaps you hear too much about Microservices includes the concepts, cons, pros … I sure that you will ask yourself that how to implement it for your project? It is not easy to answer your question. In this post, i will tell you a part of my story after six month implement a social network project.

The story I would like to tell you is how to deploy a microservices with Docker Swarm and Consul  (step by step instruction). With , my scenario, I have three nodes, installed Ubuntu 14.04 with 2G Ram and 2 CPUs. I used Vagrant and Virtualbox to build it.

Microservice with Docker Swarm and Consul

As the image above, We will install Consul in all nodes. With, Node Gateway, It is installed Nginx to load-balance and used as a API Gateway for your services. And we also install Consul-Template to help you change Nginx configuration once there is an new service is on or down via Consul.

With Node Agent-One and Node Agent Two, we will use it as Swarm Clusters. So we will install Swarm, and run Swarm Join for all of them. Beside that, we have to install Consul and Registrator. Consul is a Service Discovery, and Registrator will help you announce for Consul know if there is any service is up or down.

There are many steps we need to do to build this system. So I deviced my post to three parts:

I also publish all scripts to build this system to Github. You can check out it microservices-swarm-consul

Note: Make sure you installed Virtualbox and Vagrant in your machine. And if there is any issue in my code. Please report me. Thank you

Before you reading my series of the posts, you should read about the concept of the tools we will use for deploy microservices

Docker is a platform for developers and sysadmins to develop, ship, and run applications. Docker lets you quickly assemble applications from components and eliminates the friction that can come when shipping code. Docker lets you get your code tested and deployed into production as fast as possible.

Docker Swarm is native clustering for Docker. It allows you create and access to a pool of Docker hosts using the full suite of Docker tools. Because Docker Swarm serves the standard Docker API, any tool that already communicates with a Docker daemon can use Swarm to transparently scale to multiple hosts

If you are building docker images in your machine. I sure that your hard disk is growing up day by day. To stop it, you have to remove unnecessary images to release for your hard disk by command below:

If you are learning the way how to work with RABBITMQ + CELERY. This source code may help you. I wrote a small example to upload image to web server and use Celery to generate a thumbnail. 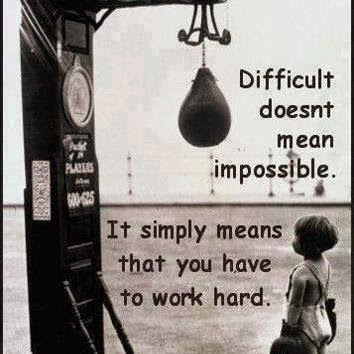 Difficult doesn’t mean impossible. It simply means that you have to work hard

This source code supports 2 ways to run it.

You can check the source code in Github: flask-celery-rabbitmq-generate-thumbnail

And the image at docker: flask-celery-rabbitmq-example

At the first, clone this source code to your local:

Or pull from Docker Repo

After running the docker image, you should wait for the output as below:

I will show you how to run this source code from scratch. And i am using ubuntu server 14.04, installed virtualenv, pip.

Fix the issue of PIL

Create environment to run the application with virtualenv:

As you know,  Install Hadoop is not easy. And It require a virtual machine with high configuration.  In my post, I will give you the shortest way to have Hadoop in your machine. It is installation via Docker. I assume that you had Docker in your Ubuntu 14.04

If your dreams do not scare you. They are too small.

To install the docker-cloudera-quickstart from docker-hub, simply use the following command:

To start an instance in BACKGROUND (as daemon):

To start an instance in FOREGROUND:

To open more terminal instances for the running instance:

In the previous article, I showed you how to install Docker and clone first image to local machine. So now, I will show you how to push a Ubuntu image to Docker Repository

It’s not about “having” time. It’s about making time

At first, please make sure that you had a account at docker.com (if not, please create one, it is free)

For example, you need build a Ubuntu image that contains Apache2 web server. You create a Docker build file firstly.

And test and install some packet if you want:

Finnaly, commit & push your Ubuntu Image to your Docker Repository:

Note:  thanhson1085/webserver was created in your repositories at docker.com

That is all, love Docker at the first eye.

Docker is a platform of developer and sysadmins .  With Docker, you will be able to push whole your virtual machines  to cloud.  So you could easily use it everywhere and every time, or share to other people. I will share you the details of Docker installation in Ubuntu 14.04

Then, add the Docker repository key to your local keychain.